Coach Raco is entering his 12th season with the Seneca Valley Hockey Association.  He began his hockey career playing for the Mt. Lebanon Hornets beginning at the age of 8.  Upon graduation from South Fayette High School he began his post secondary education at Edinboro University with playing for their hockey team from 1997-2001 earning his degree in Health/Physical Education with minoring in Athletic Coaching.  He began his coaching career with as an assistant coach for Shadyside Academy’s girls Prep team.    Raco coached at Shadyside for only one season before finding his way into Seneca Valley’s Hockey Association.  There he became the head coach for the Freshman team for 2 year and then head coach for the Junior Varsity team for 2 years.  Raco became the Varsity coach in the 2012-2013 season.  Raco also facilitates Dry Land Conditioning in the summer months.  During his time Raco has won 2 Varsity St. Margaret’s tournaments in 2012 and 2015.

Coach Raco is entering his 12th season with the Seneca Valley Hockey Association.  He began his hockey career playing for the Mt. Lebanon Hornets beginning at the age of 8.  Upon graduation from South Fayette High School he began his post secondary education at Edinboro University with playing for their hockey team from 1997-2001 earning his degree in Health/Physical Education with minoring in Athletic Coaching.  He began his coaching career with as an assistant coach for Shadyside Academy’s girls Prep team.    Raco coached at Shadyside for only one season before finding his way into Seneca Valley’s Hockey Association.  There he became the head coach for the Freshman team for 2 year and then head coach for the Junior Varsity team for 2 years.  Raco became the Varsity coach in the 2012-2013 season.  Raco also facilitates Dry Land Conditioning in the summer months.  During his time Raco has won 2 Varsity St. Margaret’s tournaments in 2012 and 2015. 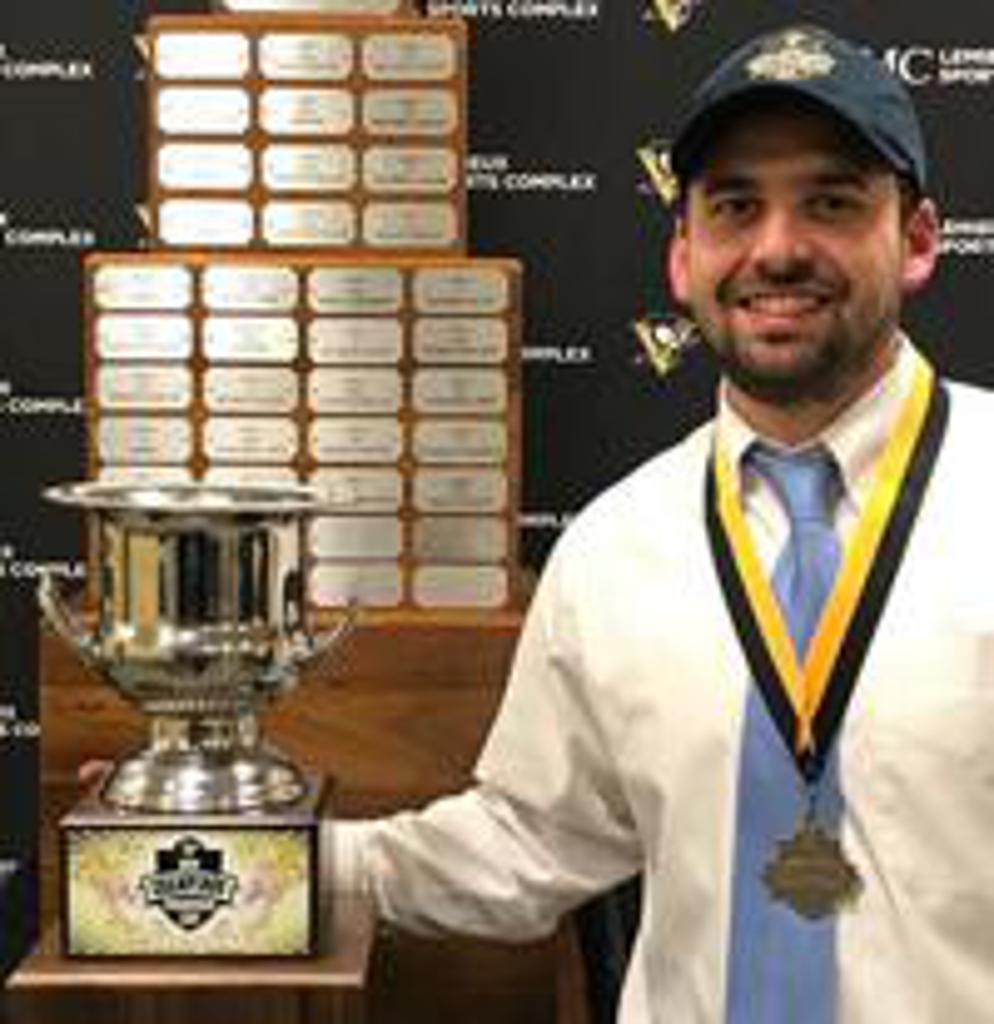 Coach Mesisca comes to the Raiders, after having a decorated career, for Seneca Valley, as a student-athlete. As a SV graduate, Mesisca letter four years, for the Raiders. During those four years, he helped lead the Raiders to the 2009 & 2010 Penguins Cup Finals, the 2008 & 2009 St. Margaret Tournament Champions, and the 2009 St. Margaret Tournament MVP. He was also the Raider Team Captain and MVP, in 2009. After his decorated playing career, Mesisca attended Slippery Rock University, where he continued to play hockey and study K-12 Health and Physical Education. He helped lead SRU to a Conference Championship (2011), was Conference Rookie of the Year (2011), 2nd Team All Conference (2013), Assistant Captain (2014), and ended his playing career as the 3rd All Time Leading Scorer.

Mesisca's passion for hockey continued as he has received a USA Hockey Level 3 Certification. Most recently, Mesisca was hired, as a Physical Education Teacher, at Haine Middle School, where he will be working with 5th and 6th graders. His philosophy, "My philosophy is to develop hockey players through the practice of a lot of skill repetition. I want my team to be highly skilled and progress over the season. It’s important to stress skill development in practice and to play at a high tempo pace. Aside from skill development, the next most important asset of coaching is to make sure your players have a good attitude and a good work ethic, on the ice and in the classroom. Being a teacher, I know the importance of academics along with being a student athlete." 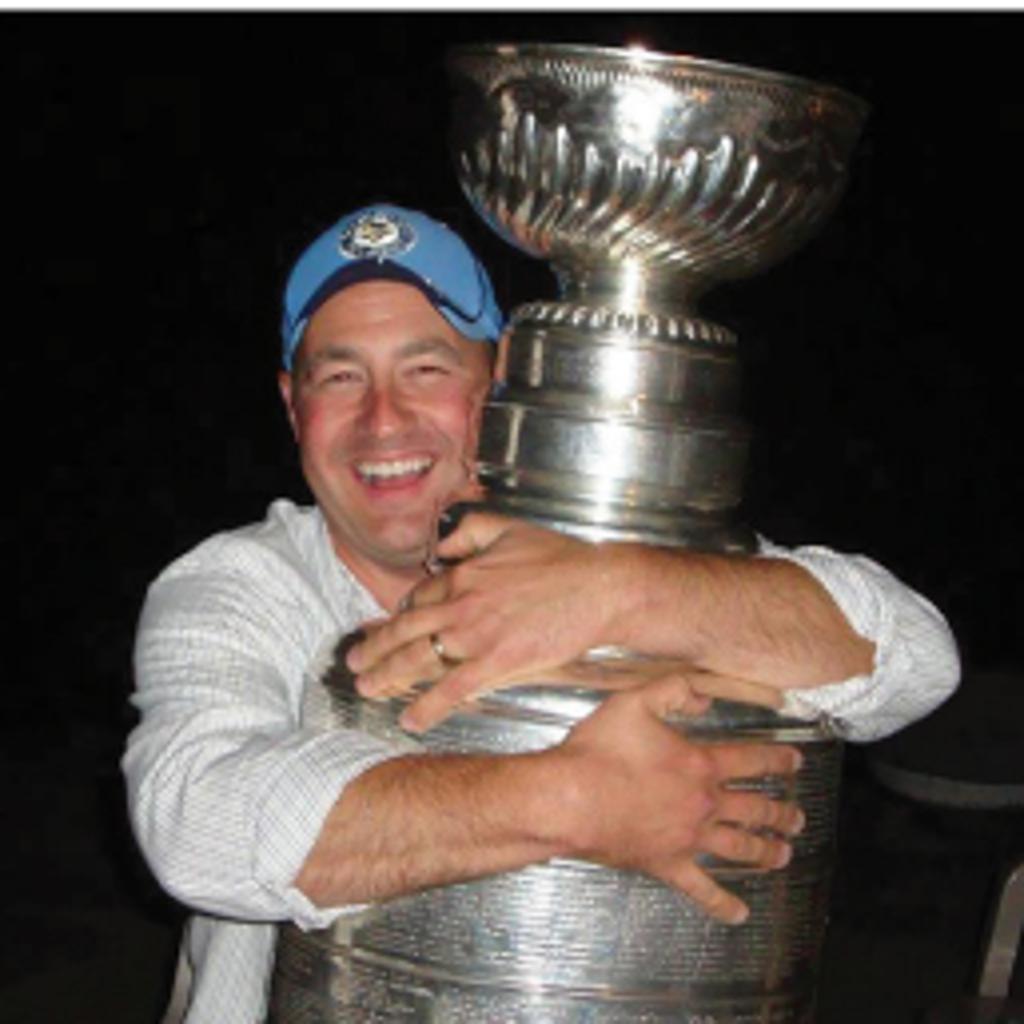 Although new to the Raiders coaching staff, Coach Dimond is not new to SV Hockey. Coach Dimond  previously maintained the role of V.P. Director of Hockey Operations for the Organization for the last two season.  During that period the Raiders Varsity team won their first Penguins Cup and played for their first state title.  Prior, Coach Dimond spent the better part of twelve years coaching at the amateur level, amassing well over 600 games as both an assistant and head coach, the culmination of which, ending with his AA bantam/midget teams winning both regular season and playoff banners.  His team was consistently ranked as one of the top 30 teams in the country.

He maintains a level 4 USA hockey coaching certificate and believes that communication is the key to the success of any hockey team.  Although youth hockey was not a popular sport in Western PA when he was growing up, Coach Dimond’s love for the game began when Pierre Larouche was drafted by the Penguins and that love still remains today.  Coach Dimond is a graduate of Seneca Valley and Thiel College, resides in Cranberry Twp. and owns an insurance brokerage firm in Pittsburgh.  While not coaching (or watching) hockey, he enjoys spending time with his wife, Andrea and his three kids - Will, Drew and Mara. 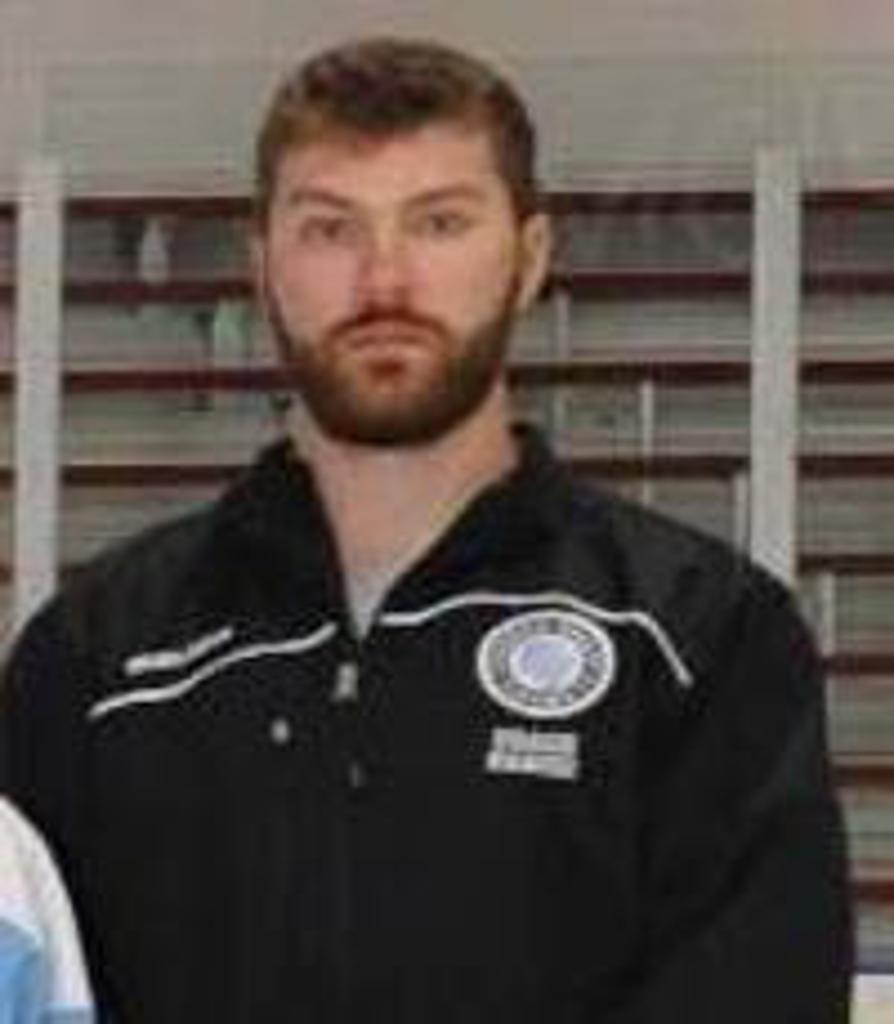 Coach Parise joins the raiders coaching staff after graduating from Kent State University in the Spring of 2016. After lettering and serving as an assistant captain for the Seneca Valley Raiders varsity team in 2011, he took a year off of school to pursue his hockey career playing for the Pittsburgh Junior Penguins in the Tier 3 Junior A NA3HL. After playing juniors, Parise committed to Kent State University where he continued to play hockey and majored in Visual Communication Design with a minor in Photo-Illustration. Parise lead rookies in goals his Freshman year and was voted an assistant captain by

his teammates his Sophomore, Junior and Senior year. Before graduating in 2016 Parise accepted a job as the lead Graphic Designer for Sparq Designs, headquartered in Pittsburgh. While his passion for hockey remained, Parise got his USA Hockey Level 1 certification and joined the raider coaching squad. His philosophy, "My philosophy is to better a players all around development focusing on all aspects of the game. I want my players to always be focused on improving themselves and to know you can always be better. Work ethic and drive will ultimately full your passion on and off the ice." 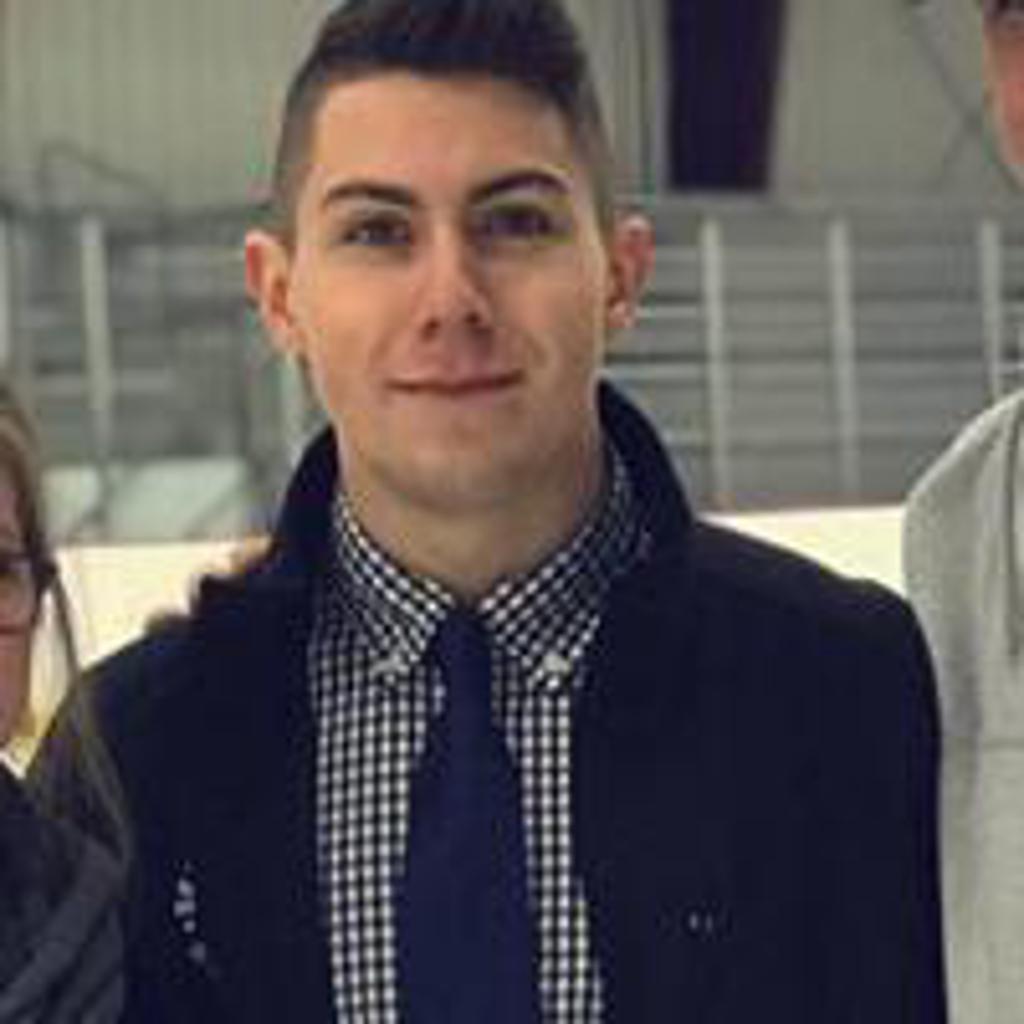 Coach Salak is entering his second year with Seneca Valley Hockey, both as the JV-White head coach. He’s lived in Pittsburgh his whole life and graduated from Bethel Park High School in 2014. Throughout high school he played for the Varsity team and AAA Ice Hockey.  He has also won a USA Hockey National Championship. Coach

Salak played one year of Junior Ice Hockey after high school. Along with SV, he also helps coach the Pittsburgh Penguins Learn To Play Hockey and youth development programs at the UPMC Lemieux Sports Complex. He is currently a student at Slippery Rock University studying Petroleum and Natural Gas Engineering. 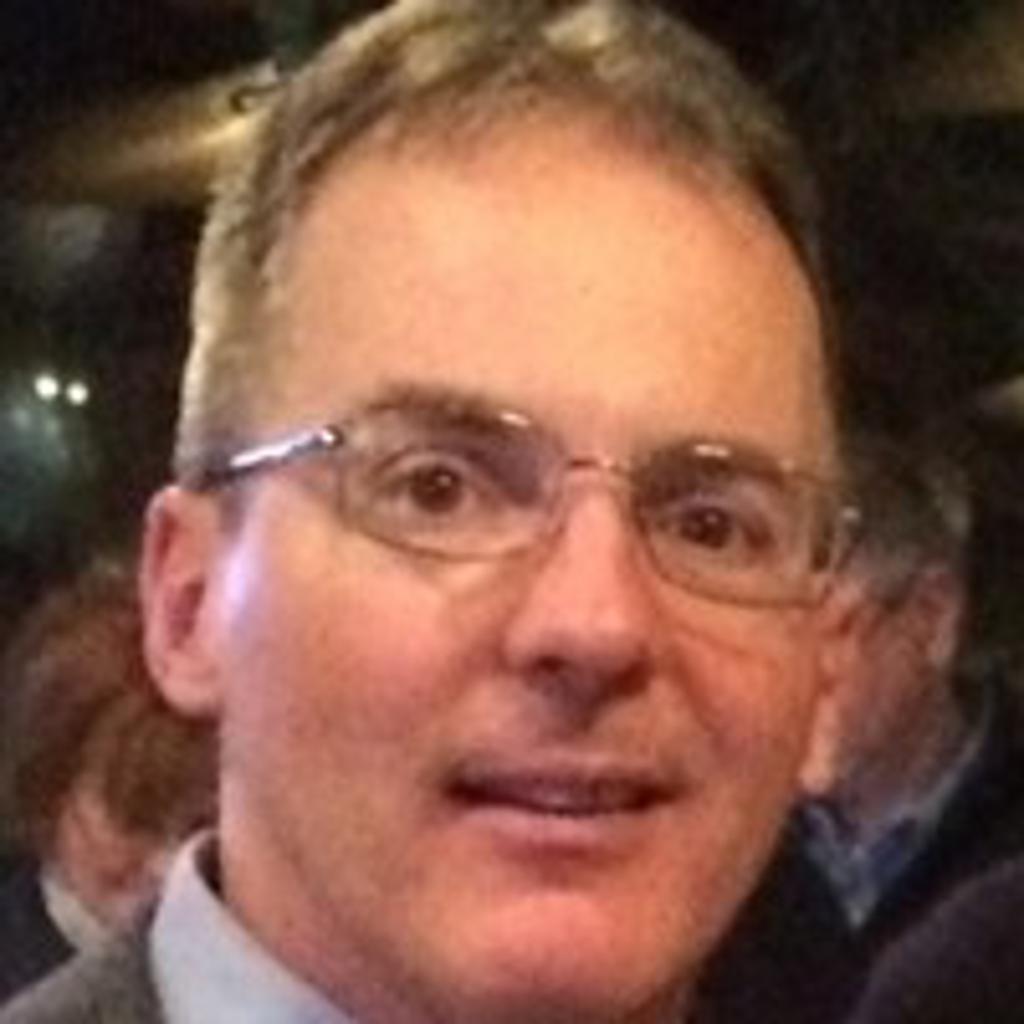 Coach Raible returns to the Seneca Valley Ice Hockey Program for the 2017-2018 season as the Middle School 2 Head Coach.  Coach Raible has been around the game of hockey since the 70s, when he began playing, both deck and ice hockey, in the greater Pittsburgh area. After attending and playing Ice Hockey, for the North Hills Indians, Raible continued his education and playing career, at the University of Pittsburgh, where he studied Business/Computer Science and received a Master of Science in Telecommunications, while playing winger/center, for the Pitt Club Men's Ice Hockey Team. As a senior, in college, Raible took over the responsibilities, of the Club President and his passion for hockey only grew from there. Currently, Coach Raible is a Product Manager, for UPMC Enterprises and has worked similar roles at Carnegie Learning, Fore Systems, Macaroni, Ericsson, and Verizon. Raible has also coached and represented, Seneca Valley, North Pittsburgh Youth Hockey Association and Steel City Renegades. Along the way, Raible earned a Level 4 Coaching Certification through USA Hockey. His general philosophy is to help all players grow as people, players, and team mates. Teaching them as much as I can about the game, about life, about being a good team mate, and being a good person. To continue to respect themselves, their coaches, their team mates, their parents and the game of hockey. All the while, preparing them for the next steps, in hockey and in life, while continuing to have fun along the way.

He graduated from Seneca Valley after playing for the organization for 6 years.

He was a 3 year letterman as well as a captain of the Varsity team his senior year.

He is currently working for a fintech firm downtown after studying finance at Penn State University. 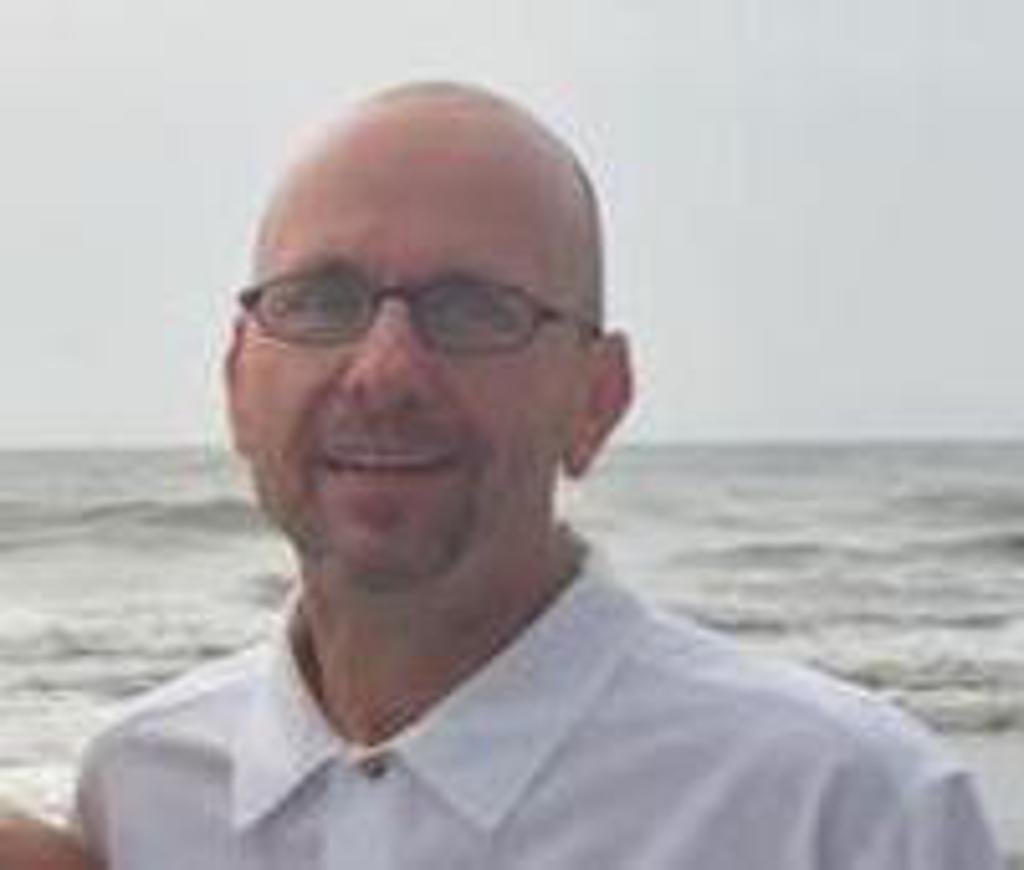 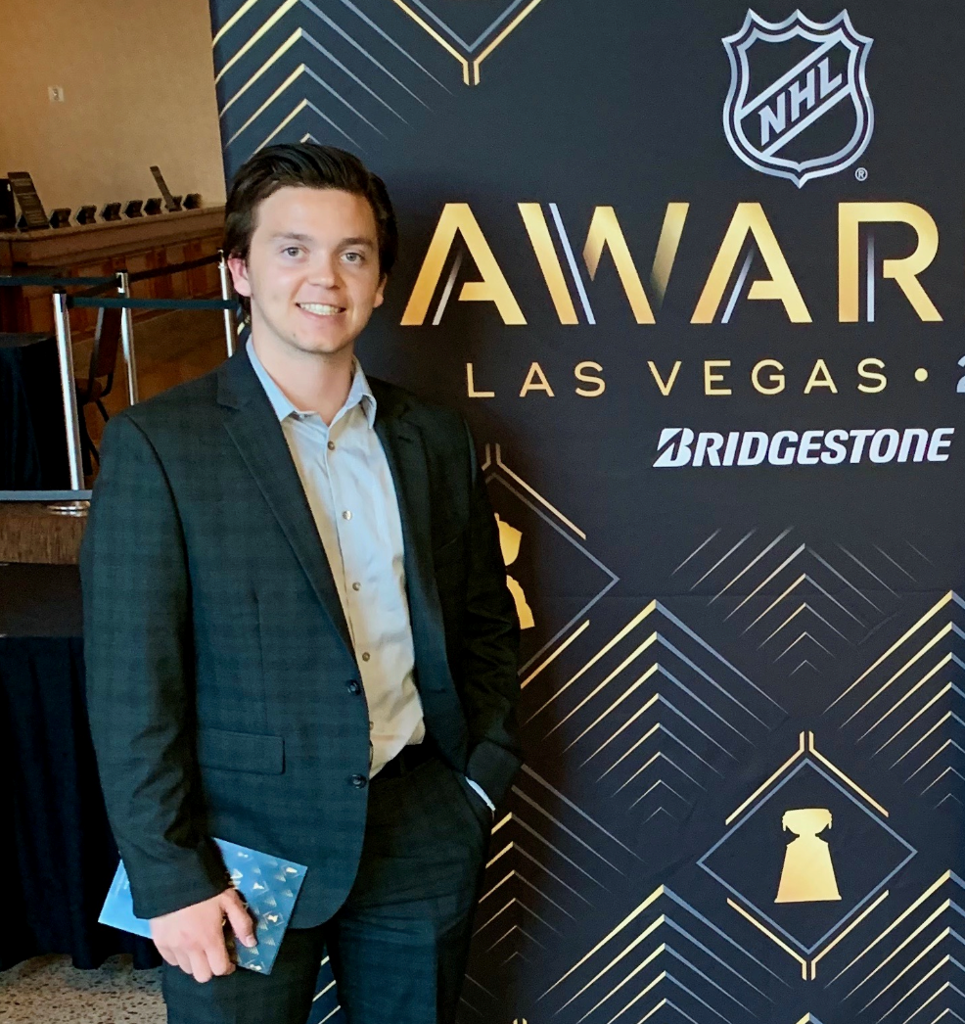 Shane has been playing hockey at all different levels for about 18 years. Growing up, he played at the AAA level for 8 years and started playing for Seneca Valley when he was in the 8th grade. He was a part of the JV team that won the championship in 2014 and he played at the varsity level for three seasons. During his senior year, he was one of the assistant captains.

Shane just recently graduated from Michigan State University, and is now working for PPG as a part of their Financial Leadership Development program based out of Cranberry.

He is excited to be a part of the Seneca Valley Hockey family again, and is looking forward to a great season! 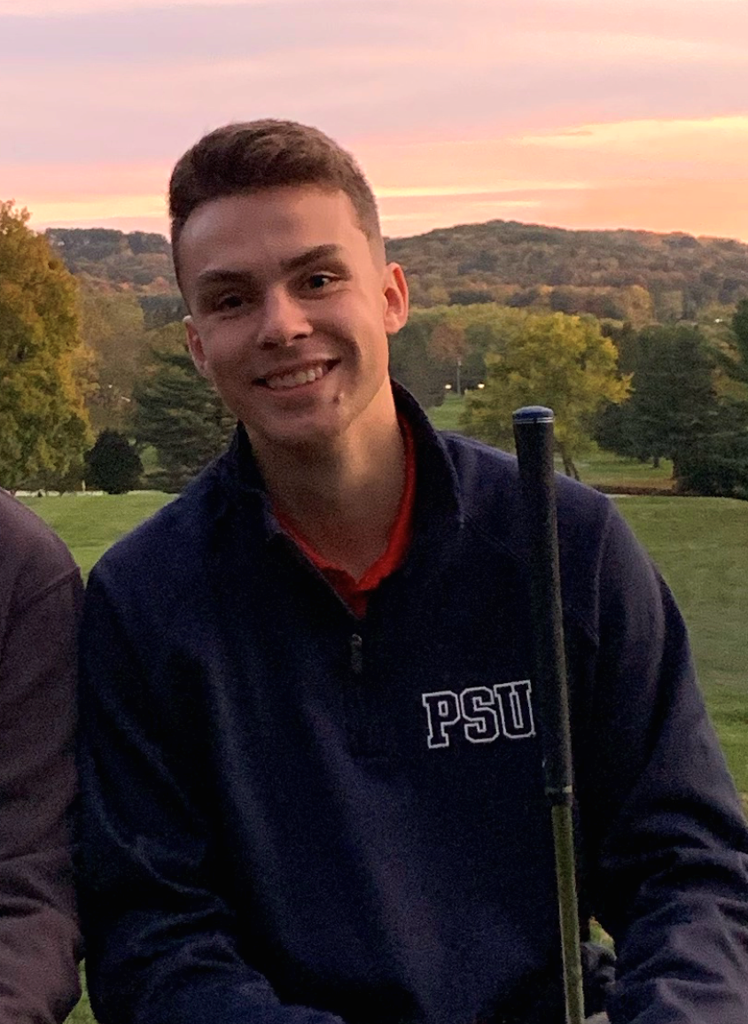 Parker has 16 years of experience playing ice hockey.  No stranger to SVHA, Parker played varsity at Seneca Valley in 2014 & 2015, before playing two years at Penn State Behrend.  Last year Parker made is SVHA coaching debut as an assistant on the MS-White team. This year, Coach Faix returns as the head coach of MS White and is looking to develop the future of SVHA.

Parker recently spent time as a skating volunteer at Gliding Stars where he partnered with a special needs child to help teach skating skills and learn a program for a end of the season show. 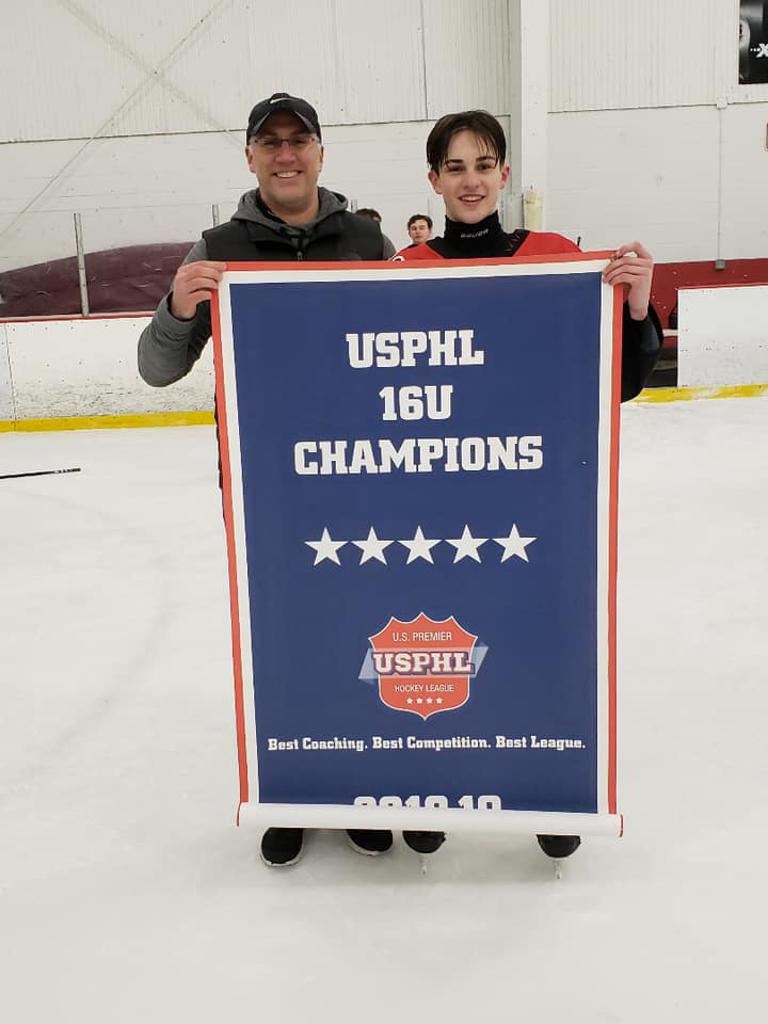 Coach Dan is in his first season coaching with Seneca Valley Hockey Association.  However, he has been a part of the Association since 2014 when his son Dylan joined the Middle School Team.  Coach Dan has been playing hockey since he was 6 years old.  He played  deck, inline and ice hockey in his youth and continued to play at Duquesne University and after in Adult Leagues (both Inline and Ice).  Coach Dan has coached the Seneca Valley Inline Elementary, Middle and High-School Teams from 2011 through 2017 and was on the Seneca Valley Inline Board from 2013 through 2020 including serving as the President for the last 5 years.  Additionally he coached multiple AAA/AA inline hockey travel teams over that same timeframe.  Dan also coached for the North Pittsburgh Wildcats Pee Wee and Bantam AA teams for 3 years from 2014 through 2017.  He stepped away from coaching from 2017 to 2020 to watch his son play AAA hockey.

In addition to teaching the game of hockey, Coach Dan enjoys promoting the core values of Teamwork, Sportsmanship, Respect and Having Fun with all of the players he coaches. He shares the message with all of his players to focus on the details and to always finish strong.  No matter if you are in a game (winning or loosing) or in practice, finish strong in every drill, shift, warmup, exercise, rep, etc… It matters!

Coach Dan resides in Cranberry Township and is the CEO of a Pittsburgh privately held company that helps consumers in a financial hardship.  Coach Dan’s hobbies include physically fitness, volunteering his time on a handful of Boards in the consumer finance industry and coaching up and coming leaders in the business world.  While not coaching or at work, Coach Dan enjoys spending time with his wife Tracey and his children Dylan and Ava.